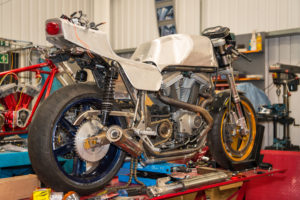 It’s been a long time coming but Nigel’s “Burton” Buell-Norton Franken-Buell finally burst into life on the bench over at JWA Motorcycles at Bromborough. Proprietor John Wynne has been busy completing the myriad tasks required to get it running and ready for the MOT. 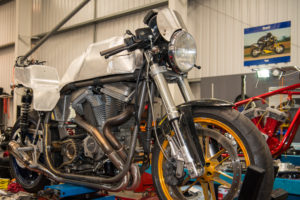 Although a little different to the pre-war and vintage fare we like this bike very much and have been following the build with interest. I have to say the bike is looking very nice indeed and I’m looking forward to a test ride before the bike is torn down for painting, plating and finishing. 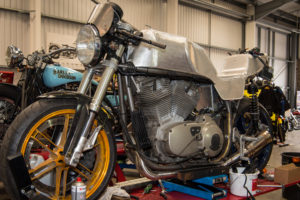 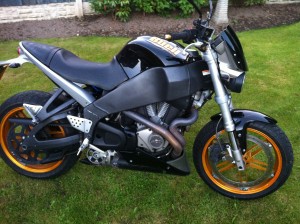 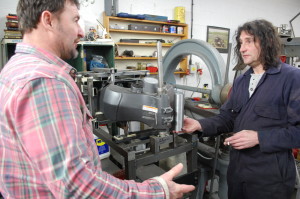 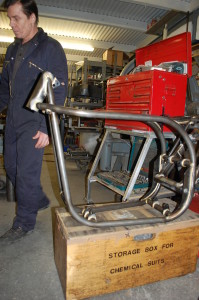 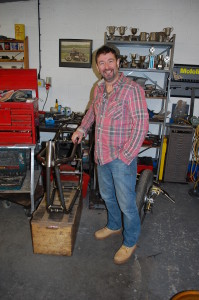